Launch of the book ‘Serving People and Parliament – The Ombudsman Institution in Malta, 1995 – 2020’ edited by Prof Edward Warrington on the occasion of the 25th Anniversary of the establishment of the Office of the Ombudsman

President of Malta George Vella said that although he is convinced that individual Members of Parliament take well into account the content of the Ombudsman’s annual report, it would be better if the House of Representatives debates the Ombudsman’s reflections and recommendations more regularly as, after all, is required by Article 29(1) of the Ombudsman Act and as also suggested by the Council of Europe’s Venice Commission in its latest report.

The President was speaking at an event held at San Anton Palace to launch the book Serving People and Parliament: The Ombudsman Institution in Malta, 1995-2020, edited by Prof Edward Warrington to mark the 25th anniversary of the establishment of the Office of the Ombudsman. While pointing out that the development experience of the Ombudsman’s Office offers important lessons and precedents that could be helpful in shaping other constitutional changes, he identified three principles that stand out in particular: the principle of graduality; the principle of carefully thought-out checks and balances; and the principle of consensus on the mission and composition of each institution, in Parliament and beyond. He said that the Ombudsman’s model succeeded and that the great trust it enjoyed among the people and Members of Parliament inspired other such institutional reforms, including the National Audit Office in 1997 and the Commissioner for Standards in Public Life in 2018.

The President observed that the 25th anniversary of the Office of the Ombudsman coincides with a time of constitutional renewal, unprecedented in the history of our country: “For the first time, after years of discussing the need for reform of our Constitution by the previous Presidents, I have held a wide-ranging public consultation on what constitutional reforms citizens want to see in our Constitution. This exercise is now closed and will serve as a basis for the discussions we are expected to have in the Constitutional Convention, which will start working when the pandemic allows us.” In the context of the consultations on the Constitution, he referred to the Report issued last October by the Council of Europe’s Venice Commission, which attaches great importance to the Office of the Ombudsman. More generally, he encouraged all those involved and interested to debate this report calmly and serenely in order to decide, as a nation, what more should be adopted from it, always within the parameters of political, legal, and constitutional circumstances.

Noting that official reports say that there are very few cases of disagreement between the Office of the Ombudsman and the entities subject to its jurisdiction, the President reiterated the call he recently made when visiting this Office: that the Ombudsman’s recommendations, when possible, should be accepted and implemented. Over the past 25 years, the Ombudsman has investigated the complaints of tens of thousands of people and has been called a ‘shield for citizens’, ‘the conscience of the public administration’, and ‘guardian of the rule of law’. He drew attention to the fact that in our country today there are tens of thousands of people who are not Maltese citizens. Although they also enjoy the fundamental rights and freedoms guaranteed by the Constitution, a considerable number of them suffer from social and cultural marginalisation and, sometimes, from economic exploitation. In this context, he stressed that the Ombudsman should also be their shield.

The President acknowledged all those who have served as Ombudsman or Commissioner in his Office and commended them for the dignified way they had served or are serving the mission entrusted to them by Parliament. He also thanked all those who work or have worked in the Office of the Ombudsman, as well as the editor and all those involved in the publication Serving People and Parliament: The Ombudsman Institution in Malta, 1995-2020, a publication that he recommended to all those who care about the proper governance of our country.

The event was also addressed by the Ombudsman, Mr Anthony C. Mifsud, and by the book’s editor, Prof. Edward Warrington.

Read the speech made by Prof Edward Warrington, editor of the book here (MT) 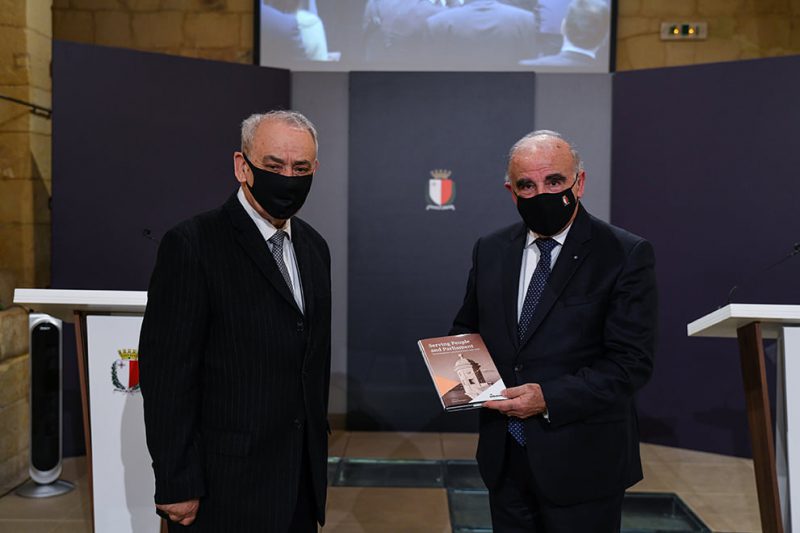 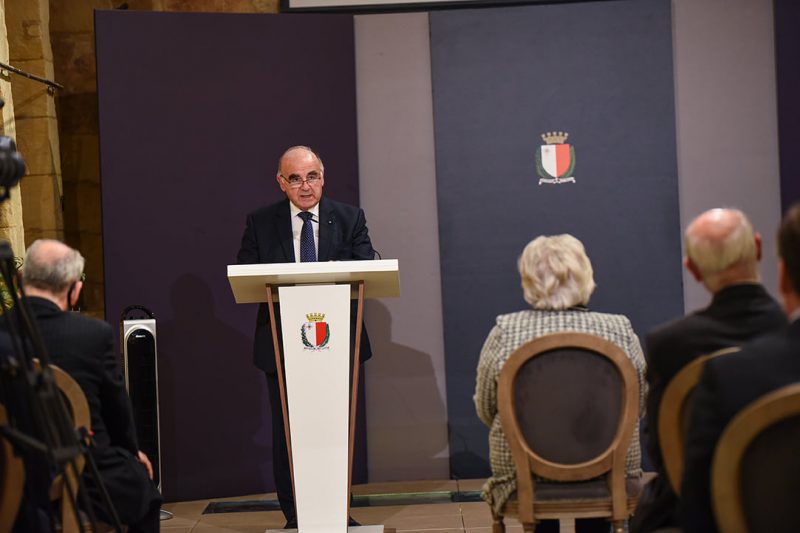 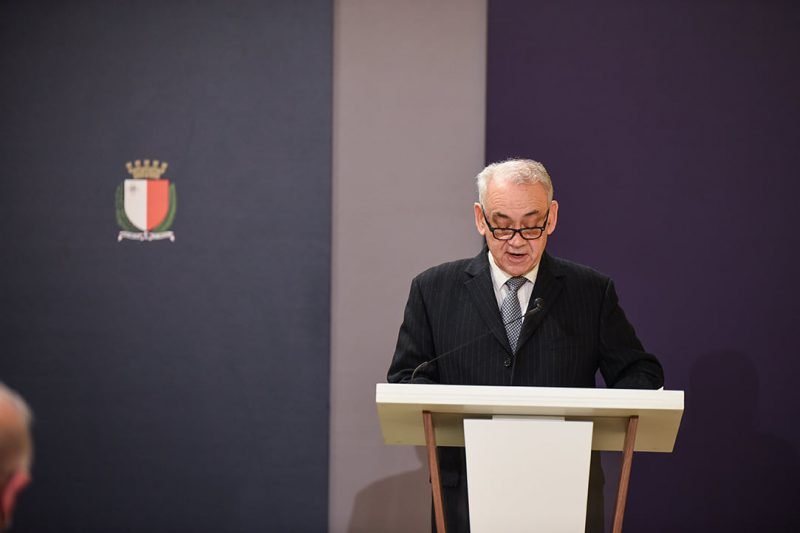 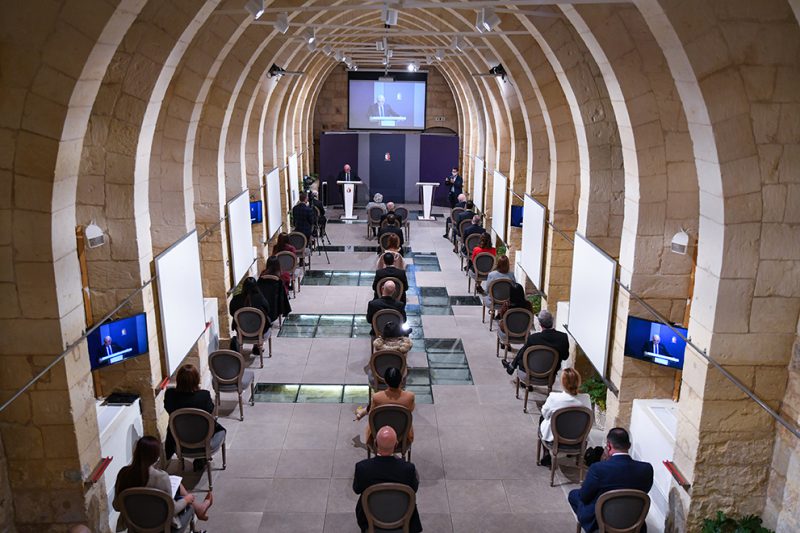 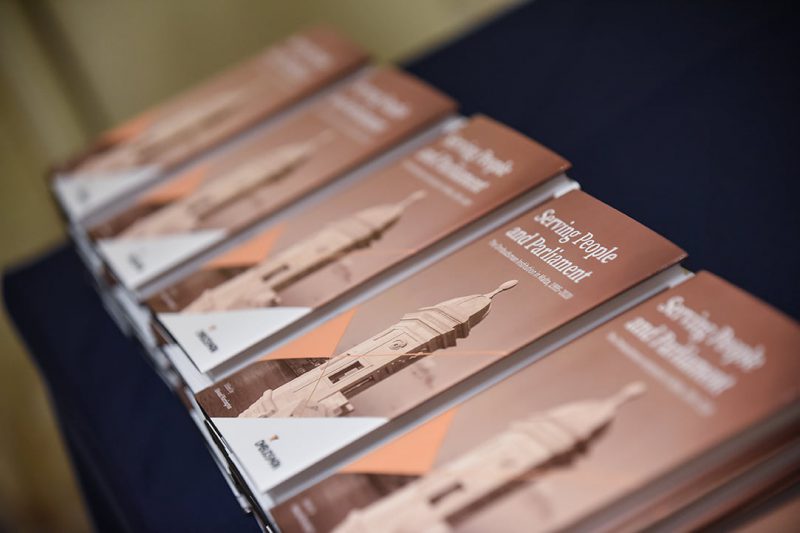 It is inhumane that patients are used as pawns during indust...

As he had the occasion to report recently, the Commissioner for Health at the Office of the Ombudsman wants to show his preoccupation that...