The Parliamentary Ombudsman, Mr Anthony C. Mifsud, presented the Case Notes 2018 to the President of the House of Representatives, the Hon. Anglu Farrugia.

The annual publication of case notes is meant to provide an inkling into the investigation of complaints carried out by the Ombudsman and the Commissioners, the considerations on which their final opinions are based and the type of remedy or redress recommended.  This year’s edition, as usual, tries to report cases that are of general interest and represent a good cross-section of the complaints investigated by the Ombudsman and the Commissioners.

In his forward the Ombudsman notes that “A number of final opinions have been sent to the Speaker of the House of Representatives following negative response from the public authorities to requests to implement our recommendations.  We have indicated that to date none of these referrals have been actively considered by the House.  There has been no response whatsoever.” The Ombudsman continued that “One can safely conclude that this statutory procedure provided for in the Ombudsman Act, which was meant to be a final safeguard to provide redress against injustice to aggrieved citizens, is proving to be ineffective.  This needs to be remedied.” 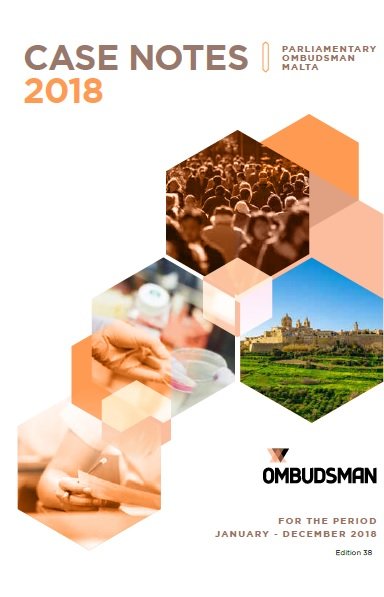