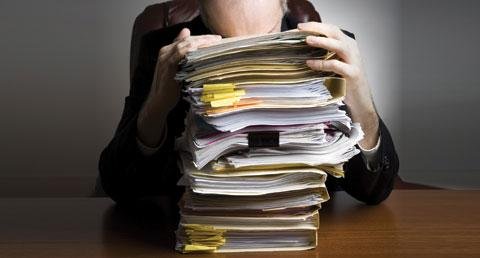 A public officer pleaded that following his being promoted to the grade of Principal in the Public Service, the Director to whom he was answerable assigned him all the duties of another employee in that grade who was due to retire, while at the same time he had to continue to perform practically all his former duties in the lower grade and was only given minimal assistance.    Complainant argued that he could not cope with this workload and as a results, a backlog had accumulated.  Despite an offer of help from his Permanent Secretary, such help never materialised.  Complainant further alleged that the situation was affecting his health.

Complainant had been recently promoted to the grade of Principal and continued to serve within the Department where he worked.  Prior to his promotion, he had been following a course of studies at the University of Malta, partly funded by Government following the necessary approval.  At the time of his promotion, another employee in the grade of Principal in another Unit within the same department was due to retire on reaching pensionable age and was already on pre-retirement leave.  Complainant was therefore assigned the duties of this Officer since he was in his same grade following the promotion.  However, complainant was additionally kept responsible for a major part of his former duties.  Complainant objected to this and sought redress from his Permanent Secretary who promised to look into the matter, but the latter had also expressed his concern regarding the problem of getting a replacement.  In effect complainant had the assistance of a clerk who performed her duties on the basis of the Teleworking system.

This Office sought the comments of the Permanent Secretary in the Ministry where complainant worked.  In his reply the Permanent Secretary enclosed a statement from the Director who was responsible for the assignment of duties to complainant.  This Director categorically denied that complainant was assigned excessive duties and referred to incidents involving complainant which reflected negatively on the latter’s attitude in the performance of his duties.  When this information was relayed to complainant, the latter rebutted the allegations and gave his version of facts which in parts were substantially in direct conflict to what had been alleged in his respect by his superior officer.

In his evaluation, the Permanent Secretary referred to complainant as a person difficult to deal with, not very cooperative and one who was not easily ready to accept a change of duties.  In his honest opinion, complainant did not have a valid reason for his complaint since the assigned duties were reasonable and complainant could perform them without difficulty since he was a capable employee.

The Ombudsman observed that, what initially was a disagreement in respect of allocation of additional duties in the grade of Principal following the impeding retirement of a public officer in that grade and complainant’s promotion to that grade, had subsequently developed into reciprocal accusations between two officers in respect of their performance in the public service.

This Office considered that such development was a matter which if necessary should be investigated further by the competent authorities, including the Permanent Secretary within the Ministry.

The basic issue in this case was the assignment of additional duties to complainant following the vacancy created by the impeding retirement of an officer in the same grade of complainant but who worked in a separate Unit within the same Department.  Complainant argued that these duties were excessive and unfair and that he could not cope with them.  At one time he had stated that he had to seek medical assistance because of the related stress.

This Office had always sustained that the assignment of duties was the prerogative of Management and that this Office does not intervene unless there is evidence that the new duties do not reflect the employee’s grade, or that these are otherwise unjust or abusively imposed in a punitive or vindictive manner.  None of these situations resulted in this case.  However the Ombudsman observed that this complaint referred to a situation which could give rise to an injustice – the allocation of excessive duties such that an employee cannot reasonably cope with, and possibly even being detrimental to the employee’s health.

In this case this Office was presented with two dramatically opposite contentions – those of complainant and of the Director who was responsible for such assignment of duties.  For this reason, this Office sought the personal evaluation of the situation from the Permanent Secretary in the Ministry.  The Permanent Secretary maintained that in his honest opinion, the duties assigned to complainant were reasonable.

This Office also sought information from the Director Employee Relationship Management within the Public Administration HR Office (PAHRO) as to whether there existed any objective criteria to determine whether duties were excessive or otherwise.  The reply[1] was in the negative.  However PAHRO added that if a Director General or a Permanent Secretary considered it necessary, they may request the Management Efficiency Unit to carry out an Operations Review of the respective duties – an elaborate process which involves, amongst others, a time and motion study of officials within the Department – a process which understandably involves the use of human resources for a substantial period of time.  In such case, the Ombudsman considered that if it resulted that the claim was frivolous, or that there was abuse of authority, the official responsible must be held accountable and the findings of this exercise be recorded in the personal file of the official concerned.

PAHRO further referred to the negative health effects an employee in such situations.  An employee should be given the opportunity to participate in an Employee Support Programme – a service available to Public Service employees.

This Office further consulted the Occupational Health and Safety Authority which in turn referred to the possibility of seeking the advice of an Occupational Psychologist.

After reviewing the above findings the Ombudsman was not in a position to sustain the complaint.  Apart from Management’s prerogative in the assignment of duties, the fact is that there is no objective method/criterion which could help this Office concludes that the assigned duties were excessive.  On the other hand, the opinion of the Director responsible in this case for the assignment of duties, was corroborated by the Permanent Secretary within the Ministry.

Without prejudice to the above, the Ombudsman opined that should complainant continue to find it difficult to perform the duties assigned to him, the Authorities had various alternatives, including transferring complainant to other areas in the public service to perform duties compatible with his grade.  Furthermore, if the Authorities remain convinced that the duties assigned to complainant were fair even when compared with the duties of other officials in the same grade within the same Ministry, they should further consider other alternatives referred to in this report, namely that complainant be offered the services of the Employee Support Programme or the services of an Occupational Psychologist.

The Commissioner for Health declares that all events which a...

The Commissioner for Health in the Office of the Ombudsman declares that he is in full agreement that all events which attract masses have ...